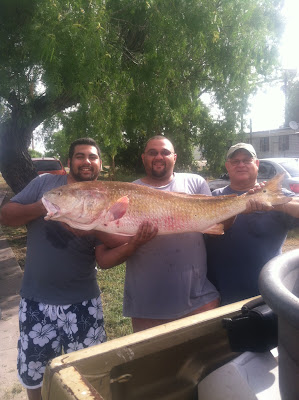 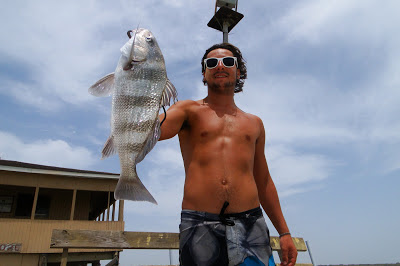 Nice catch at the Texas Land Cut. This nice Black Drum was caught on live shrimp by Scott Grundhauser. 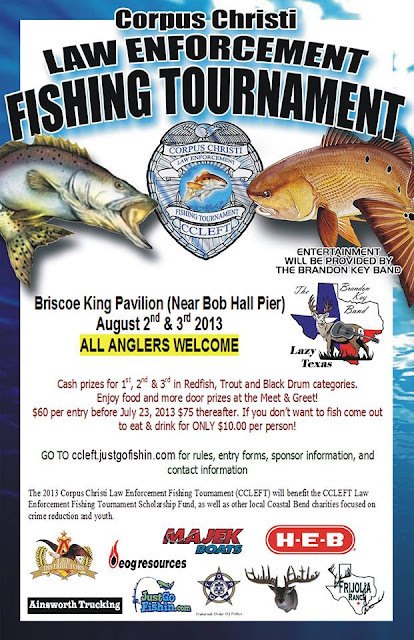 August 2nd and 3rd will be another awesome fishing tournament you can't miss! Great prizes, great friends great catches with great memories. Sign up today online at CCLEFT! See y'all there...

Trayner's at the Texas Land Cut

In spite of the brown tide we managed to make a few nice black drum catches at the Texas Land Cut. Had a great time with the Trayner's who have been serving missions for the Church of Jesus Christ of Latter-day Saints (Mormons). 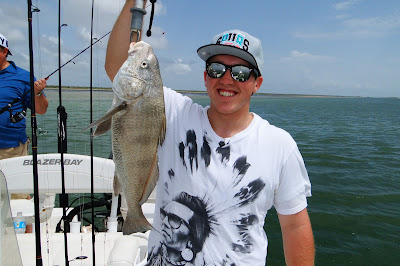 Zack who just returned home to McAllen from Chile where he served a two year mission caught this nice 24 inch black drum. He will be headed to BYU soon to continue his studies. 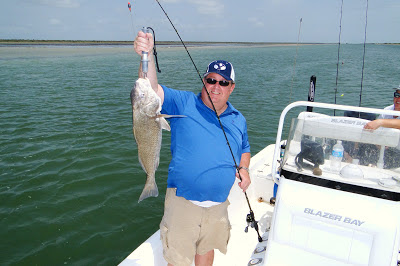 Stephen Trayner and his wife Sandy have been presiding over the LDS mission in Southern Texas. Almost at the end of their three years of serving they will be headed back to Utah where Stephen will continue his law practice. Pictured above is a 27 inch black drum Stephen landed on the boat after a nice struggle eventually tiring out this beast. This black drum ultimately found its freedom as we docked up at home. In attempting to place this fish in our barrel to clean, it made one last attempt at wiggling and it burst out of my hands and landed in the canal making a clean getaway!


We certainly wish the Trayner's well in their future endeavors we will miss them for the great people they are and great example they have been these last 3 years.

Hope y'all have a great day of fishin,
Dave Alexander
dave@justgofishin.com
Posted by Patti & Dave Alexander No comments:

Sheepshead are not as popular to target when fishing the Texas Laguna Madre, but they're a great keeper fish to take home for a meal. Their skin and scales are hard to cut through but the white meat you get from these prickly creatures are tasty. This nice sized sheepshead was caught at humble channel on dead shrimp. 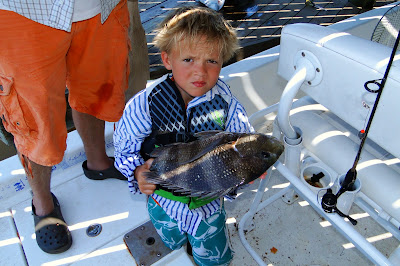 Evan DeHart shows off this beast of a sheepshead getting it ready for the carving table. This young angler takes his fishin seriously!

Other popular places to catch sheepshead's are at the Port A Jetty and Packery Channel Jetty. Be sure not to cast to far out on the jetties. Try to stay closer to the big granite boulders when fishing for these guys. Also, you might try the boat hole for this species as well. 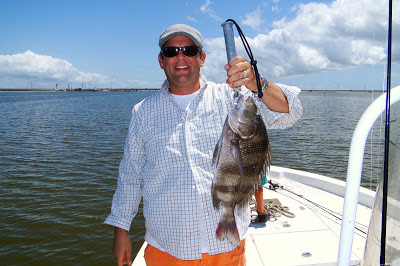