Weekend fishing trip with Cesar White and Friends near the mouth of Baffin Bay on his floating cabin.
Have you ever gone to a fishing hole at the recommendation of one of your friends that claims to be an awesome spot to catch fish? And then when you get there you get your hook in the water and then nothing! No bites nibbles or bumps! I think we can all say we've been there and done that. I was out a few month's ago with my good friend Manny. We're cruising down to Baffin and Manny suggest a fishing spot on the way that always produces. When we got there, anchored, and dropped our lines we waited with anticipation. Nothing. I inquired about the spot and Manny said that the last time he was pulling them in right and left at about 5 o'clock. lol, I guess we were way to early for the 5 o'clock hole since it was only about 9 o'clock in the morning. Course we all had a good laugh over that. Since then that hole became "5 O'clock Hole" in our network of friends.
These Pictures are Manny's proof that the "5 O'clock Hole" produces! Gotta love it baby! 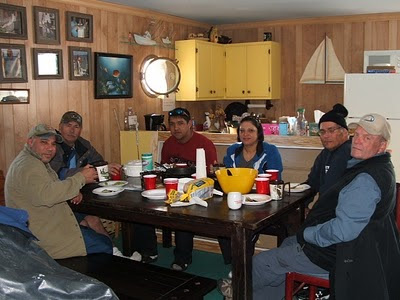 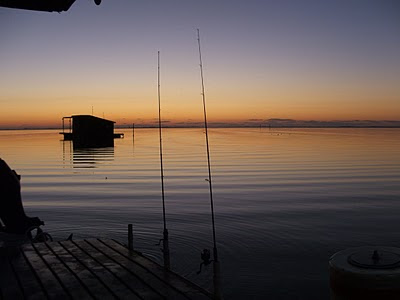 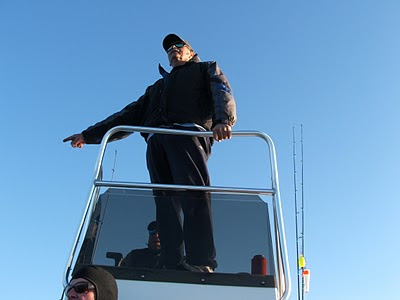 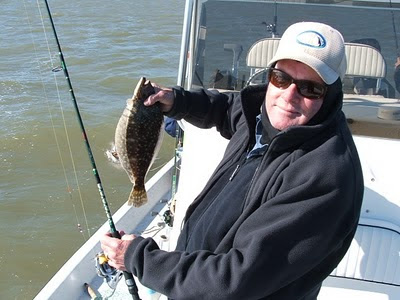 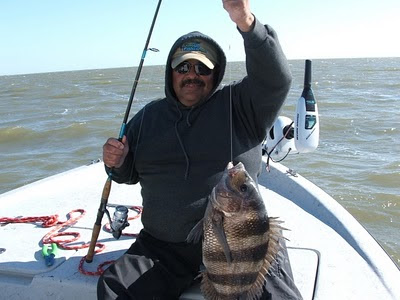 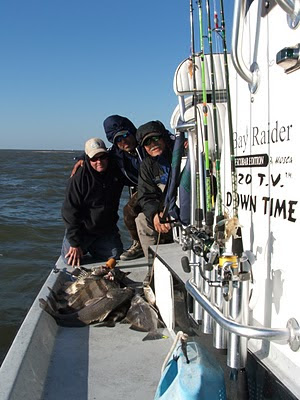 These three salty anglers had a great time down in the Baffin Bay area where they wade fished the shallows for some nice speckled trout. Using artificial lures of their choice they were able to catch a number of nice specks of various size and weight. 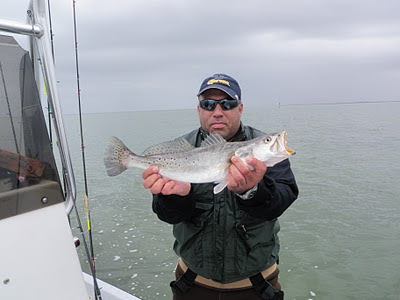 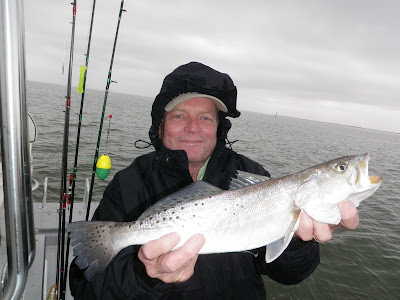 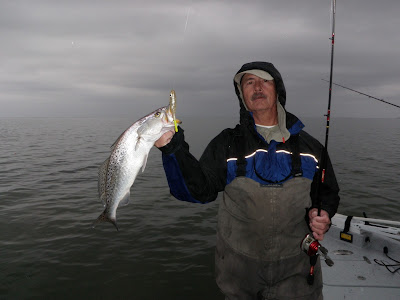 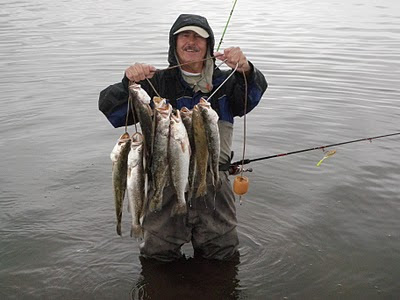 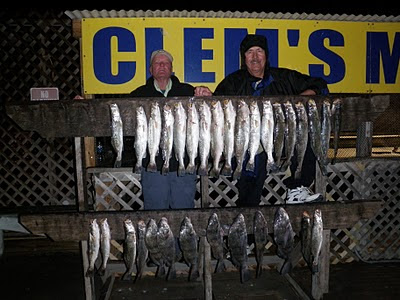 Dear SEA Board and Friends:

Please see the attached press release from Texas Parks & Wildlife Dept. on continuing the closures in the deep water areas until Monday Noon. As we defrost out of the cold, the water temperatures will lag somewhat behind thus the continued closure in the deep water areas to protect the fish that have gone deeper. Please pass on to others.

Robin Riechers has personally called the SEA office to be sure our members were informed on these issues. He is closely monitoring the situation.

Temporary Fishing Closure in Place on Texas Coast during Freez

AUSTIN – The Texas Parks and Wildlife Department has issued a temporary closure to saltwater fishing along parts of the Texas coast to protect resources during freezing weather conditions. The closure takes effect at noon Wednesday, Feb. 2, 2011 and extends through noon on Saturday, Feb. 5, 2011.
In addition to killing game fish in shallow bay waters, a hard freeze can also cause surviving fish to congregate in a few deeper areas where they become sluggish and prone to capture. Those are the areas the department has temporarily closed.

"The high mortality that a freeze can cause may deplete fish stocks for years," said Robin Riechers, director of TPWD’s Coastal Fisheries Division. "Protection of the surviving fish during the few days when they are especially vulnerable to capture would likely shorten the time period for overall recovery of coastal species, especially spotted sea trout."

Texas has about two million acres of bays and estuaries susceptible to freeze. There were three major freezes during the 1980s, including one in 1989 when the temperature at Brownsville dropped to 16 degrees and an estimated 11 million fish were killed in the freeze event.