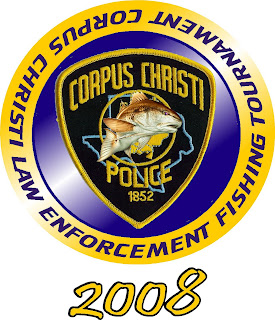 About CCLEFT:
The CCLEFT was formed by members of the Corpus Christi Police Officers Association Fishing Tournament board in April 2008. Over the past five years, the tournament became so successful and grew to such a size that it became necessary, due to efficiency and effectiveness factors, to organize as a separate non-profit. The tournament has two main goals: an entertaining weekend for Public Safety personnel and their guests and fundraising for local non-profits, such as the 2008 recipient, CC-PAL.

The tournament traditionally kicks off with a meet and greet social event that in 2007 attracted over 600 anglers and their guests from across the state, making it an ideal venue for vendors to showcase their companies and products while showing support for area law enforcement. On tournament day, after fishing, the anglers and their guests meet for an awards ceremony, dinner, a silent auction and door prizes.

About CC-PAL:
The Corpus Christi Police Athletic League (CC-PAL) was established in September 2002 by a handful of CCPD officers and a group of concerned citizens with the goal of providing healthy entertainment for area youth. CC-PAL is sponsored by the CCPD, but receives no City funding; therefore, it relies heavily on private contributions from the community. The organization’s main focus is on sports, including baseball, softball, martial arts, volleyball, basketball, cheerleading, tutoring and summer camps. CC-PAL currently serves about 1,600 children, 90% of who come from economically disadvantaged families. The programs are offered to participants free or at minimal cost.

Sponsorship Levels:
The following sponsorship levels are available for purchase:

THANK YOU FOR YOUR CONSIDERATION.
Posted by Patti & Dave Alexander